Thrilled to welcome Bob DeFillippo to the Zito Partners team. 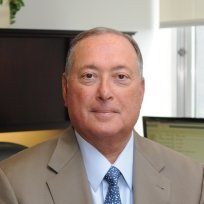 “Bob is a seasoned leader with tremendous expertise in public affairs and communications strategy and issues,” said Robert Zito, founder of Zito Partners. “His knowledge and experience will bring immediate value to our team, partners and clients. We’re thrilled to welcome him aboard.”

While at Prudential Financial, DeFillippo led the Global Communications Department and oversaw Prudential’s public relations and internal communications around the world.  During that time, he directed communications for the company’s historic transition from a mutual to a public company – one of the largest IPOs in the insurance industry.

Before joining Prudential in 1994, Mr. DeFillippo was Director of Public Affairs for the American Association of Retired Persons (AARP), where he led communications that supported the Association’s efforts to protect Social Security and Medicare. Prior to that, he served as press secretary to Congressman Hamilton Fish, Jr., following a 10-year career as an award-winning reporter and editor.

“Joining the Zito Partners and Ketchum Zito Financial teams and supporting their diverse group of clients will be exciting,” DeFillippo said. “The strategy and execution initiatives the team has built for its clients have been spot on, and I’m ready to hit the ground running and contribute immediately.”

In 2013, DeFillippo was elected to the Town Council in Roxbury Township, N.J., where he has lived with his wife and three children for more than 20 years.  He serves on the boards of the National Press Foundation in Washington, D.C., the Arthur W. Page Society, where he is also a member of the executive committee and treasurer, the PRSA Foundation, Cento Amici, and WBGO public radio in Newark, N.J.   He is also a member of the National Press Club.