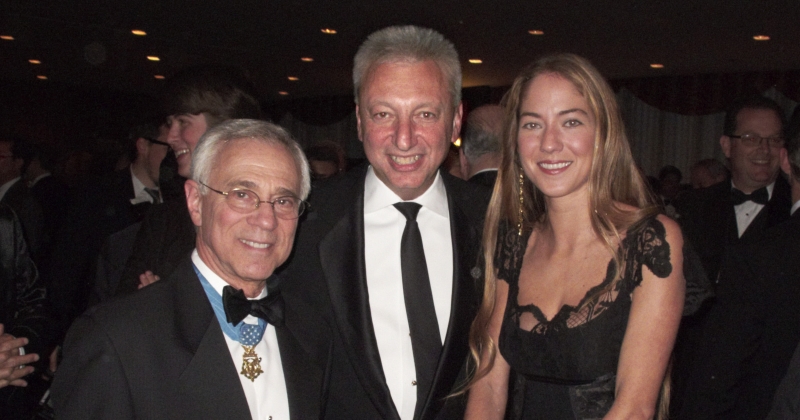 David Allan joined Zito Partners in 2019 from Ketchum where he was Senior Vice President, Investor Relations and a member of the firm’s Financial Communications unit in New York.

He was also responsible for the firm’s transaction work including the $2 billion IPO of Zoetis (formerly Pfizer Animal Health), the $600M IPO of Allison Transmission, the $720 million IPO of Mead Johnson Company, the $26 billion acquisition of First Data Corp. by KKR; Cendant’s spin-off and NYSE listing of Realogy Corp.; and the $11 billion acquisition of May Department Stores by Macy’s.

In 2014, he helped Ketchum form its strategic alliance with Zito Partners, “Ketchum Zito Financial,” which provides boutique and special situation counsel and support for shared clients.

Previously, he was a senior vice president at Robinson Lerer Montgomery (now Finsbury) in New York for three years, where he specialized in investor relations, M&A and crisis communications for corporate clients.

From 1988-1994, David was a member of Burson-Marsteller’s corporate practice, rising to the level of vice president and head of the firm’s investor relations unit in New York.

He began his career with Hill and Knowlton in New York where, among other assignments, he worked with Bob Zito on publicity for the New York Arrows indoor soccer team.

David holds a BA in English from the University of Virginia, and an MBA from Columbia University. He lives with his wife Linda Ruckel in Easton, CT.

He was most recently the Chief Communications Officer for Prudential Financial, Inc., where he led the Global Communications Department and oversaw Prudential’s public relations and internal communications around the world. During that time, Bob directed communications for the company’s historic transition from a mutual to a public company – one of the largest IPOs in the insurance industry.

Following his 21-year career at Prudential, Bob turned to teaching and became an adjunct professor at New York University’s School of Professional Studies, where he currently lectures graduate students on Strategic Communications, Crisis Communications and Critical Business Skills for Communicators.

Before joining Prudential in January 1994, Bob was Director of Public Affairs for the American Association of Retired Persons (AARP), where he led communications that supported the Association’s efforts to protect Social Security and Medicare. Prior to that, he served as press secretary to Congressman Hamilton Fish, Jr., following a 10-year career as an award-winning reporter and editor.

In 2013, Bob was elected the Town Council in Roxbury Township, N.J., where he has lived with his wife and three children for more than 20 years. He serves on the boards of the National Press Foundation in Washington, D.C., the Arthur W. Page Society, where he is also a member of the executive committee and treasurer, the PRSA Foundation, Cento Amici, and WBGO public radio in Newark, N.J. He is also a member of the National Press Club.

As New York bureau chief, he ran a newsroom of 250 journalists. He covered the presidencies of Bill Clinton and George W. Bush, writing about everything from the Monica Lewinsky scandal to the aftermath of the September 11, 2001 attacks. In his years writing about entertainment and finance, he interviewed movie stars, top authors, musicians and top executives at many Fortune 500 companies. He twice won Reuters Journalists of the Year Awards.

After leaving Reuters in 2011, Mark worked in a content strategy role at Bloomberg and as a thought leadership executive for Wall Street investment firm Guggenheim Partners. Raised in Ireland, Mark has a Masters in economics from Trinity College, Dublin. He lives in Montclair, New Jersey.

Beth Gehn’s two-decade career as a Journalist has taken her from the Nation’s Capital to the Rocky Mountains of Colorado to the Ozarks and ultimately to the Big Apple.

In New York City, Beth worked as a Television News Reporter and Writer for WPIX-TV (Channel 11), beginning in 1997, and also specialized in business reporting for Reuters Business News, broadcasting live from the New York Stock Exchange with segments also airing on WABC-TV.

Beth began her on-air career in 1992 at KREX-TV, the CBS/NBC affiliate in Grand Junction Colorado.

Beth received a Bachelor’s degree in Speech Communications from the University of Maryland. She also has experience in Event Coordinating, Public Relations, Voiceovers, Media Relations and On-Camera Coaching.

Ariel Kaplan is an assistant account executive at Zito Partners, responsible for assisting several clients with tasks such as pitching stories to the media and writing press releases. She coordinates client interviews with reporters and maintains several databases of media contacts and press sheets. She graduated from Montclair State University (MSU) with a B.A. in Communication Studies in 2021.

During her time at MSU, Ariel worked with various clients in Hawk Communications, a student–led strategic communication agency that works with internal departments/programs at MSU and area businesses and nonprofits, for five semesters.

Her roles in the agency included the Account Manager for the Montclair Art Museum (MAM), where she led quantitative and qualitative research to inform MAM’S public relations and events strategy designed to drive interest and footfall. Ariel was also the Account Lead of the of the Research and Planning Team for the Garden State Wine Growers Association, which involved brainstorming ways to help New Jersey–based wineries promote major events.

Finally, Ariel was the Account Lead of the Social Media Management Team for New Jersey Warriors Hockey (NJ Warriors), a non–profit, volunteer–run program that gives disabled US Military Veterans the opportunity to rehab through the passion of ice hockey. This position involved strengthening the team’s social media accounts by creating an ongoing content calendar as well as consistently posting on Instagram, Twitter and Facebook. Additionally, she pitched the Warriors’ story to the media and earned coverage on CBS New York and Sports Illustrated.

Deborah Kostroun spent 13 years as a financial television anchor and reporter for Bloomberg Television. In addition, she was a nationally syndicated financial reporter on 150 television stations around the country, including 10 years live on the CW11 New York 10:00 p.m. news. She was chosen to cover major news events including the recession, bankruptcy of Lehman Brothers, major market drops during the recession, and economic impact post-9/11.

Deborah also helped rebuild Bloomberg’s syndication business to 95% of the U.S. markets, up from 75%, when the team developed a new focus, listened to viewer feedback, and strategized on how to think outside of the box to improve reporting. Her background spans corporate communications, PR agency work and broadcast journalism with knowledge of print, digital, television, website integration and social media strategy. She provides a unique insight and maximizes her ability to achieve positive media exposure for clients.

A graduate of Bennington College, Keith McCarthy started out as a freelance copywriter in New York, writing catalogs, advertising copy, press releases, speeches and collateral materials for a wide range of advertising and entertainment companies on his way to becoming Vice President, Communications, at Sony Music Entertainment (SMEI) from 1991 – 2005, where he wrote, edited and oversaw internal, external and inter-company communications and materials for SMEI.

Christina Scolaro is a Partner of Zito Partners and is a 25-year veteran in the financial news industry. Most recently, Scolaro worked at CNBC’s flagship morning program, Squawk Box, as the show’s talent producer, bringing lawmakers, industry leaders and Fortune 500 CEOs to air during the live three-hour show that airs weekdays from 6-9 a.m. ET.
Prior to Squawk Box, as CNBC senior producer, she managed the production of strategic, original content for CNBC’s digital and social platforms. Scolaro previously worked at Bloomberg Television. Several of Christina’s Bloomberg years encompassed producing breaking news from the floor of the New York Stock Exchange.

Christina lives in Tenafly, NJ. She has two sons that keep her on the move. She loves to volunteer at the boys’ schools, reading and doing yoga.

Georgeanna R S. Walker is a graduate of New Jersey Institute of Technology (NJIT) and part of the original Zito Partners team that formed in 2011. She is a digital media and technology specialist that produces and delivers digital content for clients’ advertising and corporate communication needs. She also manages content deployment of newsletters and various client social media accounts.

Georgeanna is passionate about technology and values education. She actively volunteers for Cento Amici, a community-based non-profit organization dedicated to supporting education in New Jersey. She earned a Bachelor of Science in Information Technology, with concentrations in both Multimedia and Design & Social Media.

Bob Zito has more than 30 years’ experience as a brand communications and advertising and public relations executive in the sports, financial, pharmaceutical and entertainment industries. As the Executive Vice President and member of the Management Committee of the New York Stock Exchange, Bob built the NYSE’s brand into one of the most respected in the world. He is best known for bringing television to the NYSE trading floor, and creating the daily “must-see” events of high-powered newsmakers ringing the opening and closing bells, creating global visibility for NYSE-listed companies and member firms.

As Sony’s Vice President of corporate communications, he helped rebrand the company as a global entertainment leader following Sony’s acquisitions of CBS Records and Columbia Pictures.

During his time as Chief Communications Officer and a member of the Management Committee of Bristol-Myers Squibb he guided the successful ‘Together we can prevail’ brand campaign, which focused on the company’s mission to help patients prevail over serious diseases. In all three roles, Bob handled many crisis communications assignments ranging from criminal issues, to business interruptions, to executive transitions. At Zito Partners and Ketchum Zito Financial, Bob has helped companies with similar crisis engagements, helping CEOs and Management Committees with critical business and personal issues.

Bob served as the Chairman of the Board for Pcubed, a global project and program management consultancy, serves as Vice Chairman of the FDNY Foundation, and serves on the boards of the Robert Wood Johnson University Hospital, and Cento Amici. He was also responsible for the New York Stock Exchange and Bristol-Myers Squibb Foundations. In 1998 he started the NYSE Fallen Heroes Fund, and in 1991, the Zito Family Scholarships at St. Peter’s Prep. He is a graduate of Fairfield University and completed the Advanced Management Program at Harvard University. A 1998 recipient of the Ellis Island Medal of Honor, Bob continues to be a guest lecturer at Rutgers University.