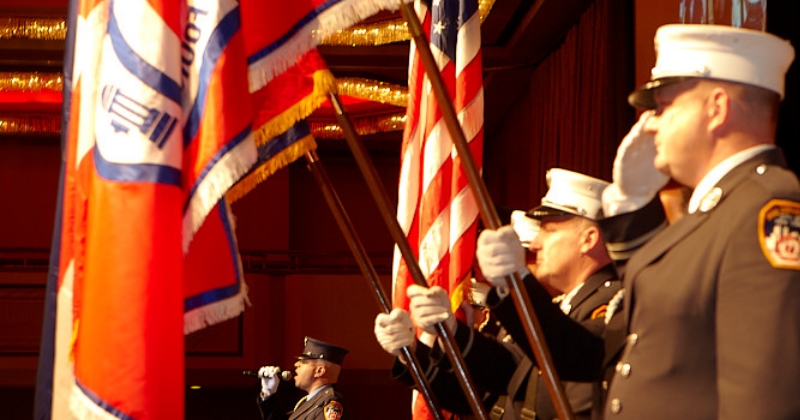 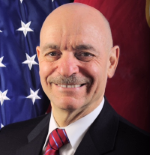 Salvatore J. Cassano served as the 32 nd Fire Commissioner in the 149-year history of the New York City Fire Department (FDNY), leading the United States’ largest fire department with more than 16,000 fire, EMS and civilian members, and an annual budget of $1.6 billion.

Commissioner Cassano’s career with the FDNY began with his appointment as a firefighter on Nov. 29, 1969. Prior to joining the FDNY, Commissioner Cassano served in the U.S. Army from October 1965 through July 1967 and was deployed to Vietnam in September 1966.

Mr. Grano is Chairman and CEO of root9B Technologies (OTCQB:RTNB), a cybersecurity and regulatory risk mitigation company, and Chairman and CEO of Centurion Holdings LLC, a company that advises private and public companies. From 2001-2004, Mr. Grano was Chairman of UBS Financial Services Inc. (formerly UBS PaineWebber). In addition to being one of the financial service industry’s leading executives, Mr. Grano is involved in a wide range of educational and philanthropic endeavors. In 2002, Mr. Grano was appointed by President George W. Bush to serve as the Chairman of the Homeland Security Advisory Council. He relinquished his position in August 2005.

In 2012 Mr. Grano was honored at the NJ Vietnam Veterans’ Memorial Foundation and he also received the Quiet Professional Award from the Green Beret Foundation for his patriotic contributions to our country. In 2004 Mr. Grano received the Sons of Italy Foundation National Education & Leadership Award. In October 2002 he received the Corporate Leadership Award from the Thurgood Marshall Scholarship Fund for his commitment to education. In 2000, he became the 39th recipient of the USO Gold Medal Award for Distinguished Service, and was named Business Leader of the Year by Georgetown University’s School of Business. In 1998 he received the “La Bellissima America” award for his leadership role in preserving the heritage of Italian-Americans, and in 1996, Mr. Grano was a recipient of the Ellis Island Medal of Honor in recognition of distinguished contributions to our country.

Mr. Grano is the author of the book “You Can’t Predict A Hero” which was on BusinessWeek’s best seller list in 2009.

Dick Grasso, the founder of Gladiator Holdings, is the former chairman and chief executive officer of the New York Stock Exchange (1995-2002), guiding the Exchange to the most successful years in its 223-year history. During his tenure, the NYSE became the world’s most respected equities market, boosting its market share to 84% and setting annual records for new listings, IPOs and transfers. A champion of the small investor, Grasso brought unparalleled transparency to the marketplace. After the attacks of September 11, 2001, Grasso’s leadership was instrumental in the successful reopening of the U.S. equities markets.

Grasso served as a Director of publicly-traded Computer Associates, and Home Depot.

He also served as chairman of the Economic Club of New York, the YMCA of Greater New York, and Junior Achievement of New York, and vice chairman of the National Italian American Foundation, and the Congressional Medal of Honor Foundation. He served on the Board of the Washington-based National Police Foundation, a think tank funded by Carnegie Mellon, to study and advance modern policing strategies, as well as the International Capital Markets Committee of the New York Federal Reserve.

Mr. Hollander most recently served as Chairman and CEO of CBS Radio (formerly Infinity Broadcasting). He also served as President and CEO of Westwood One, a position he accepted after guiding New York’s WFAN Radio to prominence in the 1990’s. He is currently an investor and Board member of The Salem Red Sox, a Carolina A league baseball team and Tile Financial Inc., an organization designed to educate young adults about managing wealth. Mr. Hollander is also an advisor for Merrill Lynch Wealth Management.

In 1993, Mr. Hollander and his wife, Susan, started the CJ Foundation for SIDS (Sudden Infant Death Syndrome), funding research and support services for the SIDS community nationally. He also serves on the Board of Directors of the Tomorrow’s Children Fund, and as a trustee of the Foundation of American Women in Radio and Television.

During his multiple tours of duty in Vietnam, Col. Jacobs was awarded three Bronze stars, two Silver stars, two Purple Hearts, and the Congressional Medal of Honor, the nation’s highest military decoration. His Colby Award-winning memoir, “If Not Now, When,” was published by Penguin in 2008. He currently holds the McDermott Chair of Humanities and Public Affairs at the U.S. Military Academy at West Point and serves as a military analyst for NBC/MSNBC.

Col. Jacobs was a founder and Chief Operating Officer of AutoFinance Group, and is currently a principal in the Fitzroy Group of London. He is Vice-Chairman of the Congressional Medal of Honor Foundation, and serves on the Board of the National World War II Museum. Col. Jacobs also serves on the Board of the Children of Fallen Patriots Foundation, which aids the families of troops and law enforcement officers killed in action. 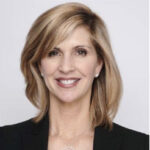 Tracy Murdoch O’Such is the Managing Partner in the New York office of Diversified Search. Her responsibilities include the management of the firm’s New York Office and its global Digital Media, Entertainment & Sports Practice. Ms. O’Such received her Bachelor’s degree in Psychology from the University of New Hampshire and has fifteen years’ experience in executive search as well as direct industry experience in large media conglomerates.

The convergence of media, technology and sports industries has broadened her client base to include: Clear Channel, Comcast, GE, In Game Advertising, Mobile Marketing Association, New York State Broadcasters Association, Technicolor, Time Warner , USOC (United States Olympic Committee) and the USTA among others. 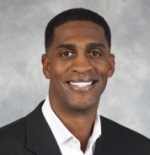 Charles D. Smith Jr., a former professional basketball player and U.S. Olympian, is a proven business leader and entrepreneur. Most recently, Mr. Smith was the Executive Director for the National Basketball Retired Players Association (NBRPA). Under his leadership, the Association grew and reached goals in fundraising, marketing, member relations and programs and services for its Members. Prior to joining the NBRPA, Mr. Smith served as a Regional Representative of Player Programs for the NBA Players Association (NBPA). In that capacity, he made an impact on the lives of current and former players by providing them educational programs and support services.

He also developed and owns four prestigious Technology Patents providing customizable software applications for video ingestion in the industry of content management. He received his Bachelor’s Degree from the University of Pittsburgh and is completing his MBA at Seton Hall University.