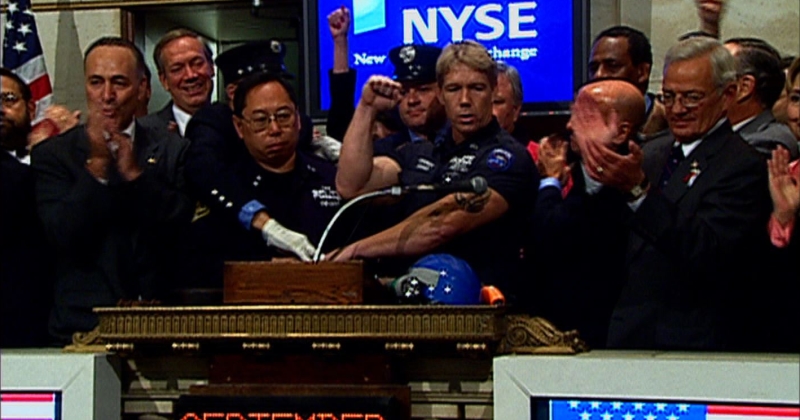 Very simply, it’s what I do. I’ve been fortunate to work with some great companies and great leaders at fascinating times in their history. Each gave me a tremendous opportunity to think outside the box, come up with solutions and ideas, and put them into practice. Each situation was different, but each result was positive. Using that experience in new applications for clients in diverse industries and points in their history is exciting.

How do you define a successful brand?

Trust. When you think of a brand I would hope your response is emotional. And that emotional response—for the best brands—results in trust. Individuals are brands; teams are brands; obviously companies and products are brands. The purchase decision, the investment decision, the employee’s decision on taking a job or staying at a job, often comes down to trust. The best brands – whether corporate entities or individuals – are defined by the trust of their constituents.

You’ve had some different experiences in different industries. Any similarities?

Some vague similarities, but really—each situation was different. Sony had just acquired CBS Records and Columbia Pictures. So we had four diverse groups in the company—the music industry employees; the film industry employees; the U.S. electronics employees; and the Japanese employees, who still—understandably—had a “founding owner’s” mentality. Each group knew there were reasons “this” (the new company) all could work together…but no one had explained it yet. So our biggest job was internal—getting the groups to understand how the total pie was bigger than the sum of the parts. And it was the marketing and communications heads at the various companies who did it. We created what we called the Opportunities Group, which was made up of the marketing and communications heads of all the companies. Each had a voice in the direction of our efforts, but—more importantly – over time each shared what they had in their pipelines, and asked how others in the company could help. Once we got the ball rolling, success followed.

At Bristol, it was a completely different story – we were divesting units to reshape the company. Again, a significant part of the job was internal – explaining to employees and getting their buy-in – on the changing face of the company. Externally, it was a different story. Everyone in the industry felt they had a special bond with patients…but no one had “claimed” it. So we did. The “prevail” campaign established Bristol as the company that was in the fight against serious diseases together with the patients we served. Your will. Our medicines. Together we can prevail. I’m very proud of that work, and the relationship we established with the patients who were part of it.

You left out the Exchange…

Not intentionally. That was an amazing time to be at the Exchange. We hosted an event for communications professionals once at the NYSE and during a Q&A session, one head of communications at a listed company – after hearing for two days about the issues we faced and how we handled them – said to me, “you face more crises in a month than the rest of us face in a career.”

Well, that’s probably an exaggeration, but we did get a lot thrown at us. I had been at the Exchange from ‘87-’90 handling advertising and what we called communications services – marketing communications in most languages. Except for October 19, 1987 – and that week was one to remember – it was typically business as usual. SEC issues. Washington issues. Albany issues. Media issues. The usual stuff most companies face.

I left in’90 to go to Sony. In ’92, the Exchange celebrated its Bicentennial, and then chairman Bill Donaldson (later the chairman of the SEC), led a global marketing tour that talked about the significance of the 200-year history of the NYSE. Problem was – and this is not a criticism of Bill or the then marketing team – they never built on the history and looked at the future. Nasdaq, which was then trying to compete with the NYSE, saw that and hit a home run – coming up with a campaign touting Nasdaq as the “market for the next 100 years.”

Bill obviously wasn’t happy; nor was then NYSE president Dick Grasso. Bill and Dick called me at Sony in ’93 and asked if I would consider coming back. I was having too much fun at Sony, and loved – as I had at the Exchange – the people I was working with and for. But after about a year – and remembering that my dad had once worked on the floor of the NYSE – I decided to go back.

Bill and Dick gave me amazing latitude to build a plan that would elevate the Exchange. I spent the first year travelling the world with Bill, understanding what the opportunities were outside the U.S., and what the concerns of the listed and member communities were. Dick became chairman in ’95 and gave unbelievable support to the plan we had developed, and provided some guidance on some things we never thought of.

The target audience was listed companies, prospect companies, and member firms. But our strategy was to cast a wider net – to make the Exchange the center of global business (we coined, “The world puts its stock in us.”), and to earn the trust of all the participants in the global business arena. Television played a huge role – both in terms of our advertising and allowing television to broadcast from the floor. Our team built a production facility second to none, and in just one year we had 22 networks from around the world broadcasting from 11 Wall Street.

We created “the partnership program” with our listed and member firm communities, encouraging them to use the platform we had built for their use. The result was that we had to turn people away for the bells, which had become the most watched daily television events of every weekday.  What I thought would take five years to build, was completed in two. It was the result of great people executing a sound strategy against a defined target.

“The Bell” became a big part of your strategy. Were there any bell rings you’ll always remember?

Lots. Historically, we had mandated that bells could only be rung by chairman, presidents or CEO’s of listed companies or member firms. So, if a company had a promotion they wanted our help with, we would say, “fine, as long as the CEO is here.” They all showed. I wanted to create something different to celebrate the turn of the millennium. So we created the Millennium Bell Series. For the last two weeks of 1999, and the first two of 2000, we threw out the rule book and invited in “people who had made significant contributions to the 20th century, and who would make contributions into the 21st century.” Wow. We had the most amazing people in: Muhammad Ali, Bishop Tutu, John Updike, Walter Cronkite, Elie Wiesel. Every day someone would be in who you just had the greatest respect for. It was amazing. But the one bell I will never forget was September 17, 2001 – the day the markets reopened after the 9-11 attacks.

That must have been difficult…

More than I can describe. Dick [Grasso] made the call that the bell would be rung by members of the FDNY, NYPD and Port Authority Police, and that was the right call. We were at the Exchange on 9-11 and every day after it for three weeks. The one stark memory I have is the looks on the faces of those firefighters and police officers who worked tirelessly on that pile, hoping to find one more survivor. We opened the dining rooms at the Exchange so they could come over and get a break for a few minutes, or get something to eat. The looks of determination – but sorrow – on their faces will stay with me for life. We all owe tremendous gratitude to those men and women.

The Exchange was at “the center” of business coming back after 9-11. Were there things about those events that stay with you?

I learned a lot about leadership watching Dick Grasso through those days. He was amazing. And I learned tragedies can bring out the best in people: even the fiercest competitors on Wall Street reached out and helped their adversaries who had been impacted by the tragedy. I got closer than ever to the FDNY, NYPD and Port Authority Police during that period, trying to provide support to their families. That relationship actually became part of our advertising, as – for the year after 9-11 – we featured the departments in our television campaign, with spots called This Bell, Success, and Everyday.

Did the events of 9-11 impact the NYSE’s brand?

Actually, the Exchange’s reputational rankings hit an all-time high in the first quarter of 2002. So I think people respected the way we handled the events.

Is that typical of a crisis situation?

It all depends on trust. If you have a brand that’s trusted, you weather crises differently than an unknown entity, or a brand that does not command respect. I’ve been around a lot of “crises” – from entertainers who were the subject of scandals, to board members who were indicted, to disruptions in trading, to FBI raids in corporate offices, to operating under a “deferred prosecution agreement “with the U.S. Attorney’s office – the list goes on and on. One thing is constant– brands that have built equity and that are trusted get the benefit of the doubt; they recover much faster; constituents believe their message. It’s all about trust.

What‘s the future of branding?

Strategy and precision are key. Maximizing each dollar is vital. Branding today is much more personal. Understand the target. Develop the smartest, most efficient way to reach the target. And make the message personal. And realize building a relationship that results in trust takes time, takes frequent contact, and takes personal attention.

First, its experience. Our partners and their companies have been through wars with me. We’ve redefined great brands that have grown through acquisitions … and redefined brands that have dramatically changed through downsizing and divestitures. We’ve taken what was considered a “utility” and made it one of the world’s most respected and recognized brands.

We’ve been through every situation imaginable. There’s no “ramp up” time when you engage us. No legions of associates spending billable hours learning your business. No dramatic offices with built-in overhead. These are the best professionals you can get; from every discipline important to your brand; on call when needed, and only billing as used. It’s a smart, efficient way to have access to some of the best talent in the world, flexing up and down as the situation demands.

How did you select your partner firms?

These companies—and the people behind them—are the best I’ve worked with and admired in 30 years of experience. I’ve teamed up with many of them in various capacities at Sony, the NYSE and BMS, and have always been impressed with their creative and strategic counsel. I also love their incredibly sharp and consistent execution. They’re really the cream of the crop.

Why have you founded Zito Partners a “family first” company?

Events shape our lives. I think anyone who was in lower Manhattan on 9-11 knows how thankful they were to get home to their families that night … and will never forget those who didn’t. I encourage our partners to always put their families first. We have a flexible work schedule to allow employees to do just that. For example, we’d never force someone to miss a family event for a work requirement. I believe that philosophy results in loyalty – and trust. Most importantly, though, I believe it’s the right thing to do

Devri Whitaker is a freelance consultant based in Holmdel, NJ. A graduate of Northwestern University, Ms. Whitaker has worked in marketing public relations for a wide range of clients including national retail brands, Fortune 500 companies and non-profit associations. She specializes in writing and public relations assignments.